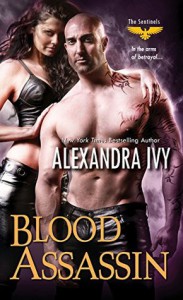 This one was better than book one by far!  It was Serra and Fane's story and watching them in book one I hoped their book would be good and it was. It was delicious, filled with adventure, passion, a great plot line, a strong villain, and beautiful romance.

Fame has been fighting his love for Serra for years. He has loved her from afar always pushing her away when she would seek him out and flirt with him. She has loved Fane for years too but she has heard that he has plans to move back to Tibet and after her last confrontation with him and his cold indifference toward her she has had enough of throwing herself at a man who clearly doesn't want her. It takes her being forced to leave Valhalla  under a spell to make Fane realize that he can't keep fighting fate. She is in danger and the thought of losing her makes him realize that he has wasted so much time trying to protect her from his dangerous life. He sets out to save her and win her, but has the years of pushing her away finally caused her to not trust him with her heart? Has he waited too long to give in to his love and desire for her?

Bas, as the supposed bad guy, was a nice touch to the plot line. He is a High Blood thought dead by the Mave when he has in fact built his own empire on power, greed, and on the selling of his and other High Blood's gifts. His daughter has been kidnapped and he must force Serra to use her psychic abilities to find her before he is forced to hand over a weapon of mass destruction to the kidnapper. He will do anything for his daughter, but he would rather not forsake the rest of the world to accomplish that goal.

The entire plot line, character interactions, all of it made for a great story.